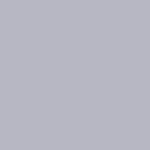 Muhammad Bin Qasim Port. When Al-Walid was the Khalifa of the Muslim world, Mohammad Bin Qasim was a commander under Hazzaz bin Yusuf who worked for Walid. Some mind-blowing operations in the Indian subcontinent made him a historical figure. Below the context, some notable works of him will discussed briefly. So, Let’s begin—

He was an Arabian who was born o December 31, 695 AD. His father’s name was Qasim bin Yusuf. Hazzaz bin Yusuf was his uncle as well as Father-in-law. On the other hand, Hazzaz was the governor of Iraq. That’s why he came into history very soon. His dramatic life was completed, when he died on July 18, 715 AD.

In 711 AD, Bin Qasim sent to conduct a war against king Dahir in India. He had the six hundred armies of Syria as well as the same armies of Iraq. On the other hand, Dahir, a king of Sindu, gathered 50,000 armies for fighting against bin Qasim. In 712 AD, Bin Qasim attacked first at the Debol seaport of Sindu.

At a moment, Bin Qasim appeared to king Dahir face to face. The war reached its peak. At one point, King Dahir died in the fight and his armies surrendered to Qasim. Why king Dahir couldn’t defeat Bin Qasim? Because king Dahir had no unity with other Kings of the Indian subcontinent. That’s why he didn’t get any help from the outside of his regime. On the other hand, Bin Qasim didn’t face the same problems as Dahir faced. He fought with full of unity.

As a result, He was able to defeat king Dahir. After winning the Debol seaport, he looked at the Niron, Sione, and Sisam. These parts were also remarkable. These places won without any kind of obstacle. Muhammad Bin Qasim Port. After completing his wonderful operations in India, Bin Qasim rewarded and got a lot of fame.

But, this Superhero died due to some haters of Hazzaz. By whom, he became a superhero. That’s history is so pathetic that will be discussed in another episode. Some historian remarked that “Attacking on Dahir, cleared the path of Arabian for coming in India. That’s credit goes to Bin Qasim”.

A Real Struggle For You Even Mine